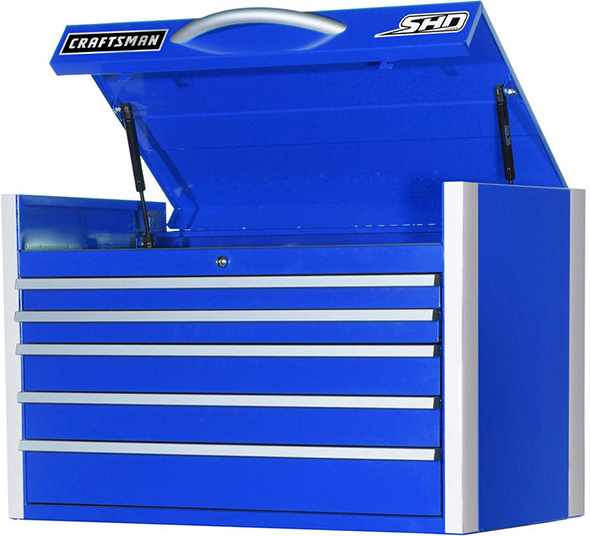 SPG International, a steel tool storage maker based in Canada, produced a lot of steel ball bearing tool chests and cabinets, under their own label and for other brands, such as Craftsman. 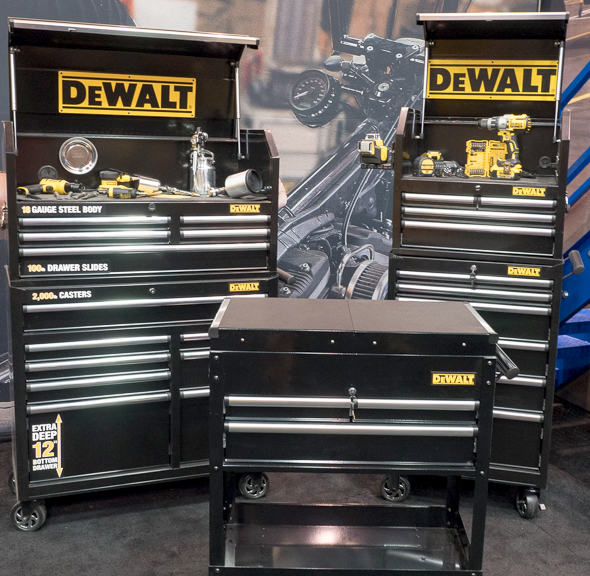 It was widely believed but never officially confirmed that Dewalts tool storage products were made by International as well.

I remember seeing reports of SPG International filing for bankruptcy and closing up shop in late 2018, and this is what they posted to their Facebook page in January 2019:

As SPG International has ended its activities, this Facebook page will soon be deleted. Thank you for your trust and support throughout our 58 years of existence.

What they heck happened that could put a 58 year old steel tool box manufacturer out of business?

Two years ago, I wondered about what new tariffs would do to the pricing of tool chests, cabinets, and other products. From what I have seen, brands have largely redesigned all of their affected products, which is why theres a scarcity of smaller tool cabinets and chests these days, with 22 cabinet depths the new norm.

Sears, as you might know, has suffered huge business losses in recent years, closing up stores, declaring bankruptcy, and selling the Craftsman brand to Stanley Black & Decker in early 2017.

I can only guess that some of these industry changes led to lost business for International. Their brand and tool boxes were well-regarded, but I would presume that their OEM products, tool chests and cabinets made for other brands, were more popular.

Trying to find answers as to what happened gets interesting and a little confusing.

SPG Interntional was acquired by/merged into Geelong in 2007. From an old International catalog:

In 2007 SPG International became part of the Geelong Sales Company, a major manufacturer of tool storage products in China, giving us manufacturing capability both in North America and Asia. This merger has greatly enhanced our ability to offer you a wider assortment of quality products, expanded services, and great price points.

International did produce some tool boxes in Canada, and as I understand it, the US ITC said that such products were excluded from the countervailing tariffs, as they listed Canada as a nonsubject country. (PDF, pg VII-12)

Meanwhile, Canada was identified as a nonsubject country that supplied subject tool chests and cabinets to the United States. One producer in Canada, SPG International Ltd., manufactures a wide range of metal toolboxes and industrial storage systems designed for home and professional use at its production facility in Quebec. It exports some of those products to the United States. The company began operating in 1960 and merged with the Geelong Sales Company in 2007,giving Geelong manufacturing capabilities in North America and Asia.

The steel tool box industry is complex. Husky, for example, contracts with different OEMs for their various tool storage products.

Eight years ago we [CSPS] collaborated and then competed with Waterloo on the Craftsman Brand at Sears.

I interpret this to mean that CSPS (another tool box manufacturer) produced tool boxes for Waterloo for Sears Craftsman brand.

I believe that SPG International operated independently under Geelong, and so does this mean their styling of products are completely gone, in addition to the company as it existed as a Canadian-based company?

Lets look at bankruptcy documentation (Motion for the Appointment of a Receiver, PDF), with Bank of Montreal as the Petitioner and SPG International as the Debtor:

In late November 2017, Petitioner began to have serious concerns about the Debtors financial performance and prospects.

in mid-May 2018, Petitioner was advised that:

a) The Debtors shareholders and its related parties were no longer prepared to financially support the Debtor;

c) Following the Debtors decision to terminate an unprofitable program, the Home Depot decided to discontinue the Husky brand 41 16 drawer product, that was produced by the Debtor, which at times represented about 40% of the Debtors production forecast;

d) Geelong Sales has also discontinued certain products which it deemed to be unprofitable, representing a further reduction of about $1,000,000 in revenue for the Debtor; and

e) the Debtor had no clear going-forward profitable business plan.

The document then mentions that SPG International hired an advisory firm to canvas the market for potential purchases.

25. The Debtor has largely exhausted its finished goods inventory and raw materials reserves, and it is apparent that it will be unable to find new suppliers on terms which would allow it to continue its operations and become profitable.

26. Furthermore, the recent bankruptcy of Sears Holding Corp., the parent company of the Sears retail chain, has significantly diminished the prospects of a sale of the Debtor as a going concern in its current form, since Sears was one of the Debtors most significant customers. Petitioner understands that an amount of approximately $500,000 CAD is owed by Sears on account of its most recent purchases of the Debtors products.

But SPG International also owed more than $4M to Geelong, despite being merged/part of Geelong, and Geelong demanded payment of its accounts? Thats confusing to me, but Im not very familiar with intra-corporate business.

Given the coinciding timing, it is possible that SPG International and Geelong anticipated high costs to revamp production lines to circumvent the imminent tariffs and countervailing duties. But wouldnt this be referenced in the bankruptcy-related documentation I dug up? I have not yet located documentation related to the earlier bankruptcy filings.

It also makes sense that Sears was one of the Debtors most significant customers, which definitely would have hurt Internationals chances at being acquired by a different company.

What doesnt quite make sense to me is that there seem to have been some offers, but they were found to be lacking, either due to the amounts offered or the conditions precedent, and all were deemed unacceptable. Was this SPG International declining the offers by potential purchases, or Geelong?

In the industry at the time,Stanley Black & Decker acquired the Craftsman brand, and Waterloo, a competing tool box manufacturer. Home Depot shifted to another supplier for one of their Husky tool box combos, which resulted in a 40% loss of Internationals production forecast. Sears was having financial difficulties. Its possible that the imminent countervailing tariffs called for production line changes that International couldnt afford. There are other possible factors at the time.

But also, International owed money to the bank and to their Geelong (their parent company?). The bank was advised that SPG International had no clear going-forward profitable business plan.

To summarize my observations, there have been major changes to the biggest brands in the tool storage industry. Sears has been closing stores and Stanley Black & Decker owns Waterloo, their own tool box manufacturer, which means reduced contracts with Sears and SBDs Craftsman brands. Documentation shows that Waterloo contracted with other tool box makers in the past, but perhaps not SPG International. Home Depot seems to have developed strong ties with other companies, with competing OEMs producing Milwaukee and Husky tool boxes. Lowes has been strengthening their Craftsman offerings, especially in regard to tool boxes, which has resulted in reduced Kobalt tool storage floor space.

What this all means to me is that there seems to have been far fewer opportunities for high-volume tool box sales than in the past.

I dont know what or why SPG International deemed certain products to be unprofitable, but that likely made things worse.

Could Internationals closure have been avoided or prevented? Were they crowded out of the market?

Unfortunately, industry happenings dont quite explain what happened to SPG International, at least not with high confidence, and although some details have been made public, there arent enough details to illuminate the path leading up to Internationals ultimate closure.

For example, a single Home Depot Husky tool box size/style contributed 40% to Internationals production forecast. Does this indicate a huge decline in sales over time, perhaps in the 5 years preceding Internationals closure?

Whatever the causes, the outcome is known. SPG International closed their doors a year ago, a company that produced tool boxes for nearly 60 years is no more.

The sad part is that they closed their doors and most people never noticed. Its been a year have you noticed Internationals absence in the tool storage industry?

I have accessed some facts, and would say that I have a good understanding of the tool storage market and how it changed over the past few years. But there seems to be big gaping holes in this story. Business closures and difficulties are often well understood. But here what happened to SPG International? I feel like this is a jig saw puzzle where the picture on the box is faded and some very important pieces are missing from the board. I have been picking at this story for the past year, but no new information has come up, and SPG Internationals presence simply continues to fade.

What happened to SPG International and their once-popular lines of tool storage products?

How Tall Do You Like Your Workbench and Other Stuff?