Rudy Giuliani, the former mayor of New York and current sideman to Donald Trump, denied having a drinking problem in a new interview with NBC New York.

“I’m not an alcoholic. I’m a functioning...” Giuliani told the station﻿, before tweaking direction mid-sentence and going with: “I probably function more effectively than 90 percent of the population.”

He also denied allegations that some of his wilder TV moments were related to booze.

“I don’t think I’ve ever done an interview drunk,” he said. “I have... sometimes... I mean, I drink normally. I like Scotch, I drink Scotch.”

The interview was done outside in New York City ahead of the 20th anniversary of the 9/11 attacks.

Some passers-by wanted selfies with the former mayor.

“I loved your work in Borat 2,” someone yelled, referring to his infamous scene in the Sacha Baron Cohen film.

The former mayor has been dogged by reports that alcohol has fueled his erraticbehavior in recent years.

Three unnamed Republican sources told CNBC in 2019 that Trump allies wanted Giuliani to end his media appearances defending the then-president due to concerns he was going on TV after drinking.

In the book I Alone Can Fix It: Donald J. Trump’s Catastrophic Final Year, Washington Post reporters Carol Leonnig and Philip Rucker write that “some people thought Giuliani may have been drinking too much” at a White House event on election night when he urged Trump to “just say we won.”

Trump did not win.

MSNBC’s Joe Scarborough said in 2018 that Trump passed on Giuliani for a Cabinet post because he was “drinking too much,” among other reasons.

“I’m insulted,” Giuliani told Politico at the time. “It’s extremely insulting. There’s no proof of any kind that I take too much alcohol. That’s ridiculous.” 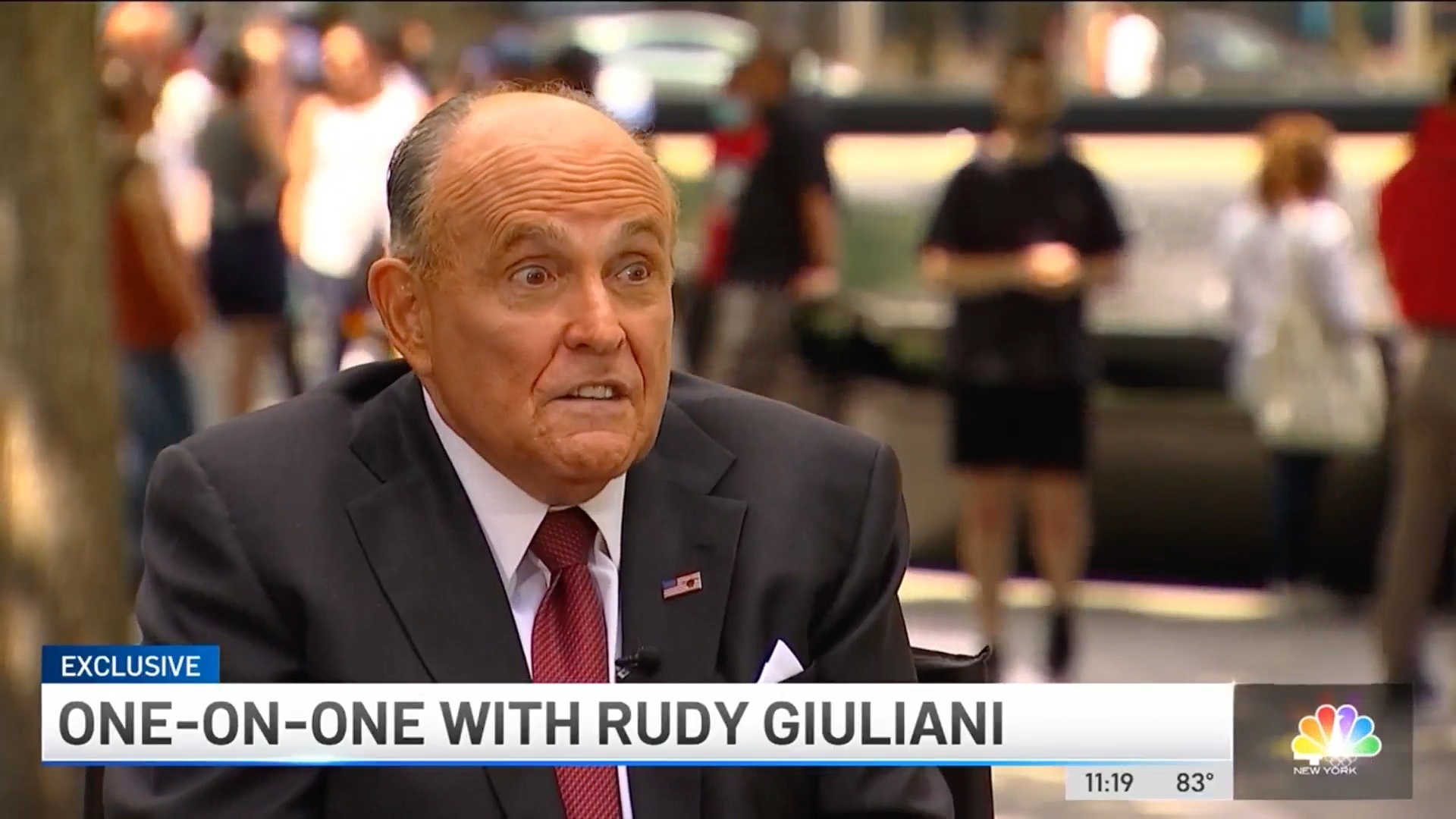