Your cart
Happy Tuesday, intrepid explorers of the interior realms!

(That's my new name for people cleaning out their closets.)

So I don't have ADHD, but most of my friends I help with organizing do. Organizing is a passion of mine, so for years I've barreled through various friends' homes, trying to make the systems I use work for them. And for years, far too often, I've watched those systems fail.

Listen, I love a good mess. The bigger the piles in the smaller the space, the more excited I get. Even so, I reached a string of projects where nothing I did seemed to be working anymore. My neatly labeled containers were quickly buried in mountains of clutter. I'd leave a space pristine, only to come back and find empty counters filled again, neatly hung clothing strewn in piles, stacks of bins unstacked and scattered ... in short, my organizing efforts felt like a band-aid on a tidal wave. I knew I was doing something wrong, but what?

Then I realized the one common denominator: everyone I was working for at the time had ADHD. A-ha! And since ADHD brains see and process things differently, it makes sense that they organize differently, too.

So I got to work. I did as much online research as I could, but quickly became frustrated. So many click-bait videos and articles, so little help.

Then I went old-school, and bought an actual book. This book: 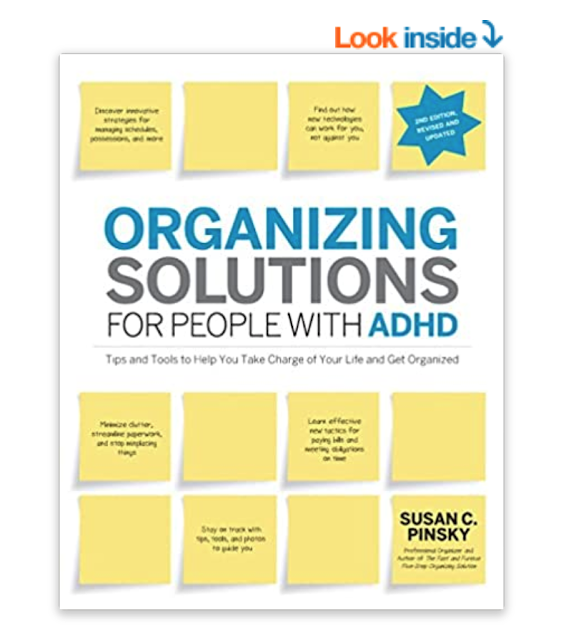 Organizing Solutions For People With ADHD


It has rave reviews and multiple re-prints, so I was beyond excited to inhale the whole thing. Finally. Answers!

Within a few pages I realized this book is for people with ADHD, not for people trying to help people with ADHD. The advice it gives is brutal and matter-of-fact, with zero allowance for things like mental health, retail therapy, collections, etc. And because it's not aimed at the helpers, it also doesn't give any advice on how to start conversations about, say, purging. It just tells you to purge.

In fact the #1 tool in author Susan Pinsky's arsenal is purging. In many cases it is the only tool she offers, instructing the reader to purge as much as 80% of a given space. Listen, if you only have 4 pots in an entire kitchen cabinet, then you don't need an organizing strategy: 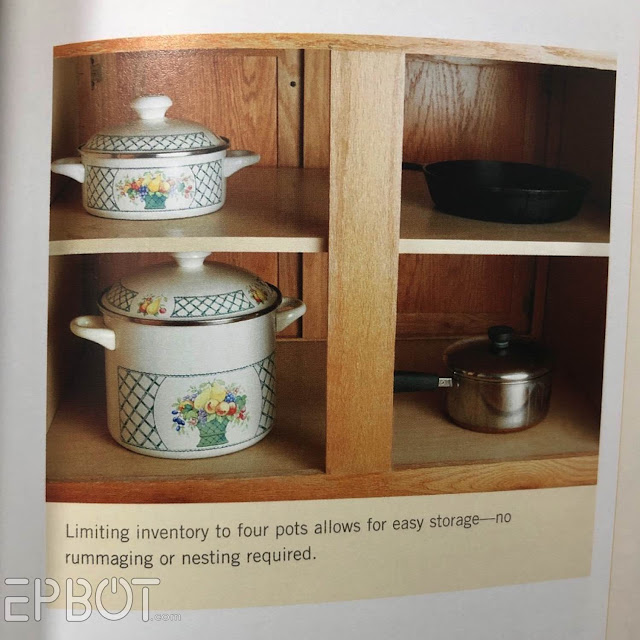 ... which of course is her whole point.

The book is filled with before-and-afters, each one with the "inventory" reduced to comically Spartan levels: 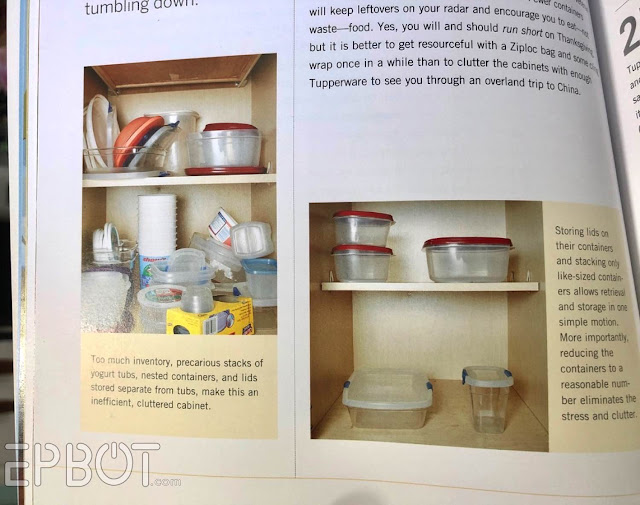 C'mon. No one is going to do this.

With that said - and admitting I argued OUT LOUD with this book in every single chapter - Organizing Solutions did open my eyes to what I was doing wrong. It clearly explains why and how organizing is difficult for people with ADHD, and that perspective shift alone was worth the price.

With this new understanding came a whole new way of looking at organizing. Now I see why my methods won't work for an ADHD brain. I don't have all the solutions yet, but at least I can see the puzzle more clearly.

And with that loooong intro, let me share my 5 Top Take-Aways from Organizing Solutions For People With ADHD.

First, the easiest and most effective tip you can implement in 2 seconds: