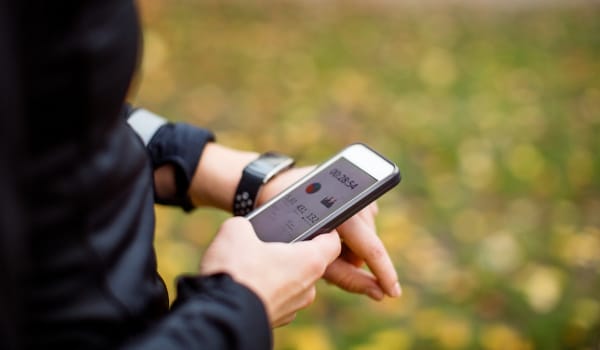 An Iranian big data engineer, a Spanish computational linguist and a Canadian social activist walk into a research lab. They dont miss the drinks they could order if theyd gone to the bar. Because theyre on a mission to change the world.

We hear a lot these days about how artificial intelligence is taking away jobs and making it easy for foreign powers to hack democracy. But some scientists are hunched over their computers in an effort to harness the power of big data analytics for social good.

A new tool just launched by Informed Opinions is a case in point. We collaborated with a team of researchers at Simon Fraser Universitys big data lab to develop a sophisticated digital monitoring system. Its now measuring, in real time, the gender ratio of sources being quoted online by Canadas most influential news outlets. It analyzes in microseconds what it used to take researchers hours to assess.

If only the data it reveals were more encouraging.

When the team set up a means to share research progress online, they referred to the project as Gender Research in Media. Abbreviated, this translated into the ironically inflected GRiM, which has become a source of both humour and incentive.

How grim are the statistics? Type gendergaptracker.informedopinions.org into

your browser and see for yourself. You can access data as far back as October 2018, but no matter which date range you select, the aggregate percentage of womens voices never moves above 26 percent. For context, thats a mere four-point increase over data we collected almost three decades ago.

And yet, in the intervening years, women have achieved significant advancement in virtually every field. Theyve become premiers and astronauts, supreme court justices and university presidents, corporate CEOs and award-winning scientists and entrepreneurs. And while its true that more men still lead governments and corporations, our research has found that even in healthcare disciplines where women dominate, their voices remain under-represented.

Those experiences feed different insights and sometimes priorities. So its not remotely defensible in a proud democracy that mens perspectives continue to outnumber womens by a ratio of almost three to one in public discourse. We can and need to do better.

Informed Opinions last commissioned content analysis research looking at the gender ratio of quoted and featured experts in 2015. Canadas Prime Minister had just sworn in a new gender-balanced cabinet, and we were edging towards the #MeToo revelations that would remind everyone of the social consequences of failing to listen to womens perspectives.

In fact, the better performance of public broadcasters on gender parity planted the seed for our tool, now called the Gender Gap Tracker. Because Radio Canada and CBC are explicitly mandated to reflect the country to itself, their reporters and producers pay more attention to diversity. What gets measured does, indeed, get done. Anecdotal evidence and common sense suggest that journalists who actively track the gender of their sources achieve more equitable results. And a growing number are reporting on their performance.

The mixed gender team of scientists developing the Gender Gap Tracker includes researchers from across disciplines. They hail from Canada, Iran, Brazil and Spain and theyve worked in the US, the UK and Switzerland. A microcosm of Canadas diversity, they tangibly demonstrate the payoffs of collective intelligence that benefits from different perspectives.

Even though the team members are not big drinkers, weve already reserved a table in the bar for 2025. Thats the target date weve set for achieving gender parity in Canadian news media.

The Gender Gap Tracker, though, is just a tool. To make a difference, journalists need to actively seek to improve the data and news consumers need to give them reasons to do so.

This post was previously published on quoimedia.com and is republished here under a Creative Commons license.

Talk to you soon.

If you believe in the work we are doing here at The Good Men Project and want to join our calls on a regular basis, please join us as a Premium Member, today.

All Premium Members get to view The Good Men Project with NO ADS.

Need more info? A complete list of benefits is here.