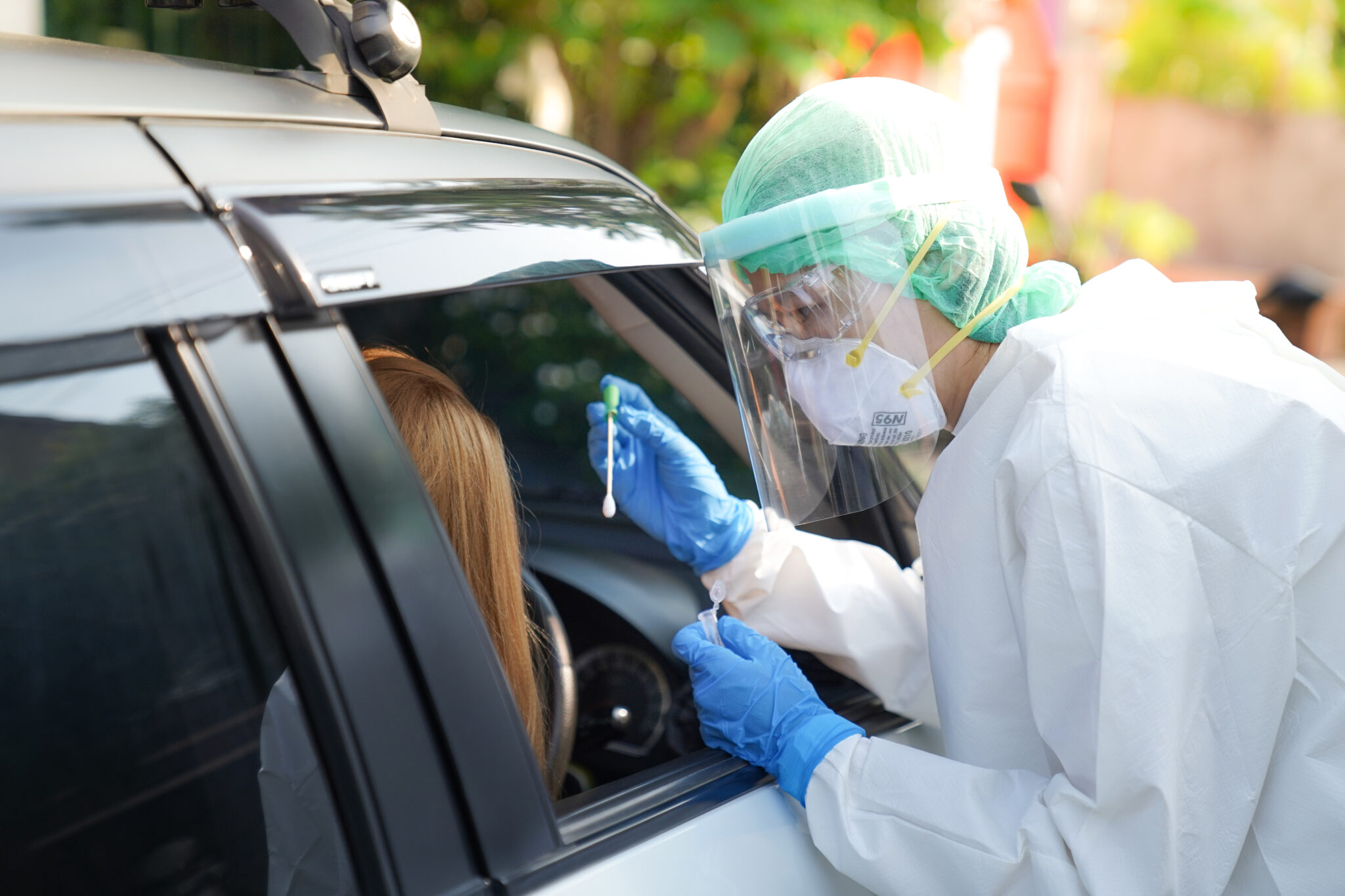 Ministers will meet on Monday to sign off additional emergency testing sites for workplaces in England hit hard by the “pingdemic”, so more workers can avoid the requirement to self-isolate for 10 days, amid warnings of mounting chaos across the economy.

Refuse depots and police stations are among the sites being considered for testing centres as the Covid-O cabinet subcommittee meets to discuss how best to avoid disruption of key services by the huge number of people self-isolating due to notifications from the NHS Covid-19 app.

Several councils have said they are reducing bin collections to cope with the surge in staff staying home after coming into contact with a Covid sufferer. But local government insiders suggest the challenges are much wider, hitting social care and many non-statutory services such as libraries. One council leader said it was likely they would only be able to offer a skeleton service in some areas in the coming weeks.

Meanwhile, business groups say member companies across sectors from retail to mining are having to shut down core operations because of staff absences.

Unions are reportedly preparing to tell workers to ignore the government’s exemption and stay at home anyway.

Steve Hedley, senior assistant general secretary of the RMT, threatened to launch strike action over the scheme. “Why should our people be infected with Covid? They are panicking and trying to force our workers back to work, where it’s not safe,” Hedley told the Daily Telegraph.

“We have discussed the possibility of taking action at a senior level, and I can say that nothing has been ruled out.”

In a separate scheme, some named staff in critical sectors can be granted an exemption from self-isolation; but the system requires their employer to get the go-ahead from Whitehall civil servants, a process that some councils say is taking up to 72 hours.

Ministers have repeatedly been forced to revisit their policy for exempting vital workers from self-isolation. It was initially intended to cover a small number of critical staff – but the government is now scrambling to establish up to 2,000 testing sites.

These were first established in the food sector, and allow staff at a specific workplace to avoid quarantine if they are tested daily and found to be negative.

Business groups including the CBI and manufacturers’ group MakeUK are urging the government to bring forward the 16 August date on which quarantine is meant to be replaced by daily testing for people who have received two vaccine doses.

He welcomed the daily testing regime, but said if the government believes it is safe, “the next step must be to scale this up at pace”.

No 10 sources insisted shifting the 16 August date was not on the agenda for Monday’s meeting. Ministers’ public statements in recent days have raised the possibility that it could even be moved back.

The environment secretary, George Eustice, said on Friday that the government had only announced the date to give people “some kind of indication” of when rules may change, and added that it could still move “in either direction”. No 10 sources insisted the government is still aiming at 16 August.

A spokesperson for the Cabinet Office said: “Self-isolation remains an essential tool in our national efforts to reduce the spread of Covid-19. We are working closely with businesses to help them understand how the exemption works and what to do if their staff are eligible.”